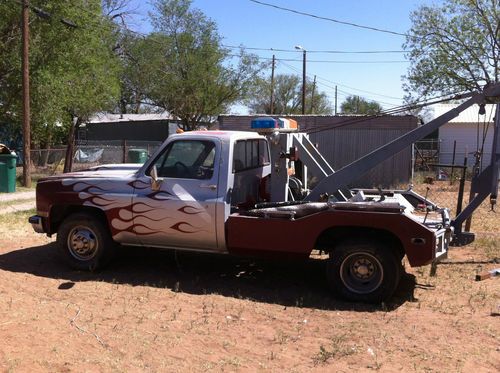 Condition: UsedA vehicle is considered used if it has been registered and issued a title. Used vehicles have had at least one previous owner. The condition of the exterior, interior and engine can vary depending on the vehicle's history. See the seller's listing for full details and description of any imperfections.Seller Notes:"needs tires, has minor hail damage on hood"

1985 Chevy C30 Tow Tuck , 480 holmes wrecker single line, truck runs and drives needs tires and minor TLC. Has new windshield has bucket seats.wheellift and sling all in working order Buyer is reponsable for shipping and pick up. Any questions you can contact Rick @ 4064078278