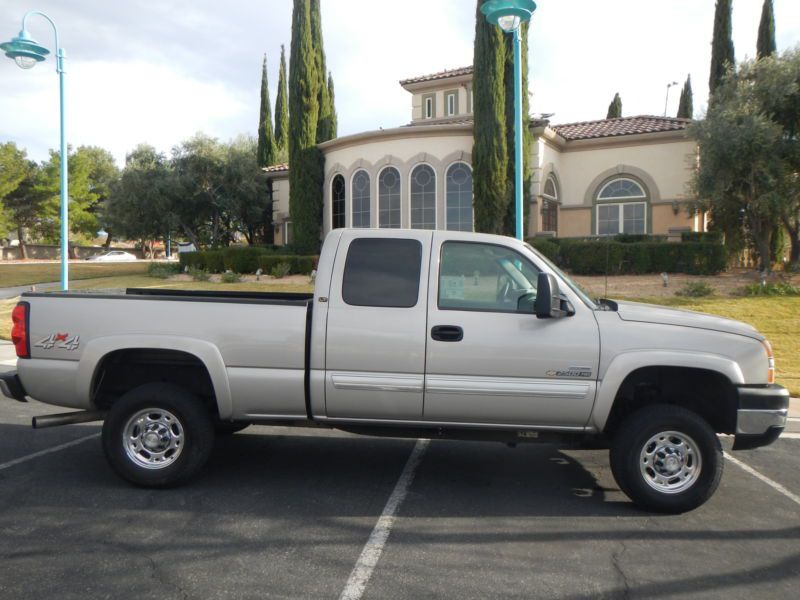 I am always available by mail at: racquelraahart@watfordfans.com .

LOCATION IS LAS VEGAS , NV
AMAZING TO FIND AN UNMODIFIED , UNALTERED , STOCK AND ALL ORIGINAL DIESEL DURAMAX
A BONUS IS ORIGINAL PAINT ,NEVER WRECKED , DOCUMENTED CLEAN HISTORY CARFAX
AVAILABLE IS THIS RUST FREE DESERT ARIZONA / LAS VEGAS TRUCK . NO SALT AND GRAVEL ON THESE ROADS
THE COSMETIC CONDITION OF THE PAINT AND INTERIOR IS VERY GOOD AS ARE THE MECHANICALS
4 W.D. 3/4 TON - 2500 H.D. - DURAMAX 6.6 LITER DIESEL INCLUDES THE 6 SPEED ALLISON
AUTOMATIC TRANNY
AND 3.73 LOCKING REAR AXLE