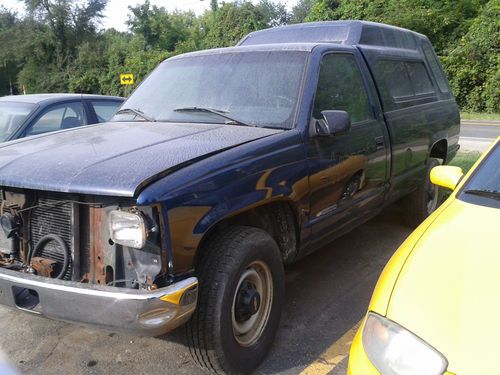 Condition: UsedA vehicle is considered used if it has been registered and issued a title. Used vehicles have had at least one previous owner. The condition of the exterior, interior and engine can vary depending on the vehicle's history. See the seller's listing for full details and description of any imperfections.Seller Notes:"Vehicle is not running- has new inj pump, starter - no fuel to injectors"

1998 Chevrolet C2500, 6.5 turbo diesel, not running due to no fuel to injectors, motor was rebuilt approx 1ook ago and trans approx 40 k ago, has brand new inj pump from superior in Detroit, and brand new starter. I am a gas guy and not familiar with electronic diesels, would make great truck for the right person, especially for a tow vehicle, has tall cap, ok tires, have grill parts with the truck. questions 810-923-6060