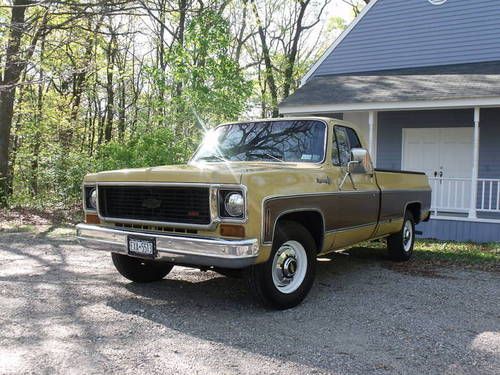 I bought this truck many years ago from an estate sale.  I had to rebuild the carb, put new tires on it and replace the belts and hoses to get it running.  It passed inspection and was a great weekend driver.  It has a 454 Big Block with a 4 barrel carburetor.  Lots of torque!  Well, last year it broke a valve which broke a piston.  I was going to put a GM crate motor in it but I have too many trucks and projects and could justify another $5k in a new motor to my wife!  My loss is your gain.  This truck is in great shape except for the blown motor.  I can probably deliver within 200 miles of Maurertown, VA  22644.  Please let me know if you have any questions.  Thanks