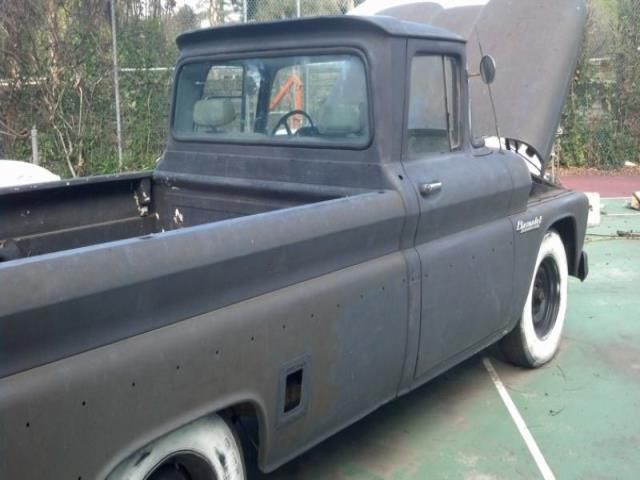 She is a custom cab Long bed 3/4 ton apache deluxe. from what i understand they made very few of these. it came from the factory with a v8 and 4 speed transmission. i have no idea if the engine in it now is original or not. Comes with black and yellow commercial plates. I bought this truck not running a about 6 months ago and got it running/driving, I only drove it about 500 feet before blowing a front brake line. the Factory Bendix brake unit even works. the motor from what i can tell is fresh but has a flat cam lobe. it has and edelbrock carb, weiand intake,ARP head bolts and hei distributor. the drivers side floor pan will need a 1/4 of the pan replaced, and the radio bezel to because somebody had put a CB radio in it. it had the camper special option added by the dealer it came from. which means that it had 3 gas tanks at one time, extra battery installed and large harrison radiator. the 2 saddle tanks were removed long ago and so was the camper that was on it. the truck is missing its original deluxe side crome and cab crome.