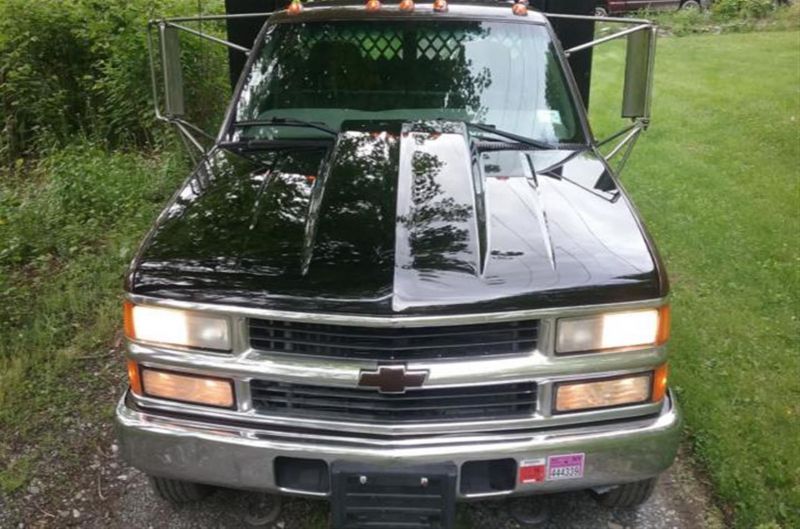 Selling My Chevy C/k 3500 Diesel Dually Flatbed. It Is A 4x4 With Regular CabAnd The 6.5 Diesel Engine. It Has An Automatic Transmission. Truck Runs AndDrives Excellent. Very Clean As You Can See In The Pics. I Bought It Off AFlooring Distributor Who Was Upgrading Their Fleet, Because I Knew The Owner AndKnew That He Maintained It Exceptionally Well. Has Many Upgrades, Chrome WheelCovers, New Tires, Full Diesel Service Preformed Just Before I Bought It. TheTruck Starts, Runs And Drives Very Well. Brakes Are Strong Including Shifts Smoothly, 4x4 Engages And Operates Correctly. Manual Engage4x4, Not The Push Button Style, But All Done From A Lever In The Cab. InteriorIs Spotless, Mint For A Commercial Truck. I Understand The Seat Was Replaced ByThe Dealer. Strong Heat, Fan And Relay Are New. Has Ac But Have Not Tried ItThis Year, Worked In The Fall When I Got The Truck. Dual Gas Tanks. Pintle HitchOn Rear. Steering Is Tight, Shocks Are Firm, Handles Good. Excellent Work Truck.No Rust Except For One Spot. The Frame Is In Great Shape, Has Been UndercoatedFrom New According To Previous Owner. The Passenger Cab Corner Is Rotted Out(common) But That's The Only Bad Spot The Rest Of The Truck As I Stated,With Frame, Is Very Clean For New York, Rockers Are Good, Flatbed Was JustPainted A Week Ago.