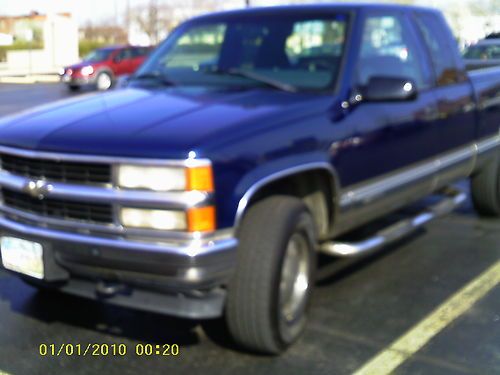 1999 Chevrolet K1500, Z71 near mint condition, 142,000 miles, two-tone dark blue and pewter, with dark blue cloth interior, runs great, good tires, everything works well, has a  cd player, power drivers seat, power door locks, only defects are a scuff on passenger side front door, one slight dent in the  drivers side quarter panel, as seen in the picture, very hard to find in this condition.