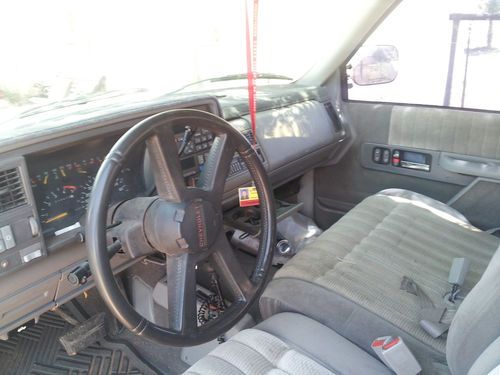 Selling my 93 Silverado to catch up on some bills. It has 218K and runs great. No leaks, burns no oil. A/C has been retrofitted to R134 but as of yet I cannot get it to hold a charge. Cracked windshield but not in line of vision.  Tranny rebuilt 3k miles ago and shifts perfect. Brand new Firestone tires about 400 miles ago.  Great truck and hate to sell it but bills are stressing me out. I do have listed locally so have right to pull this listing.