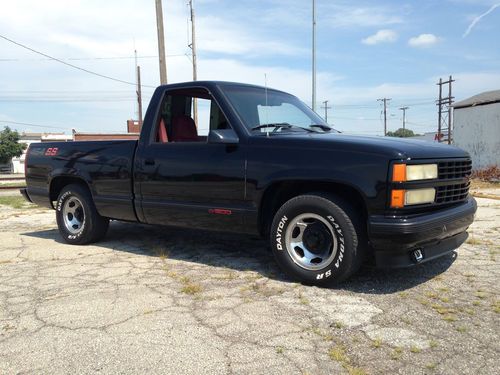 I have a 1990 454 SS available for sale.  The truck runs and drives great!  The body is clean and straight, only paint blemish is where the door hit the fender a little bit (pictured).  The inside of the truck is nice, and this one would be a great example of one that has survived quite nicely.  The only issue with the truck is the front bumper got pulled out a little recently when we moved it and were loading it to a flat bed.  It will need to have that replaced and new tires soon, but other than that the truck is in great shape, original wheels.   Interior is clean and the seats show very little wear. The truck is available to be seen in Seymour, Indiana.   Call with any questions.  812-361-6383