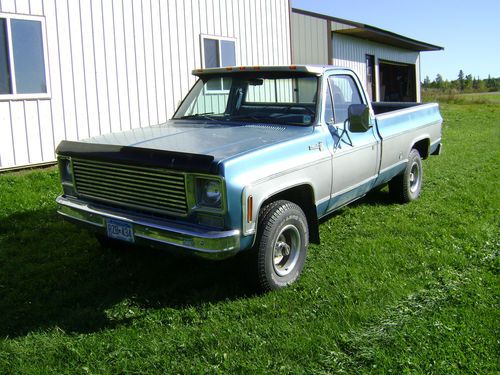 i am listing this 1977 chev silverado 4x4 for a friend who has owned this truck for ten years or more. it has the 400 engine with the turbo 400 trans. it has cruise and factory air.the interior looks to be in good condition and the mileage is supposed to be only 100000. the paint is faded some and there is some peeling but it is a nevada truck with a small spot of rust behind the right rear wheel.it has very good 31-10.50-15 tires and the rally steel wheels. this would be a great truck for someone who wants an older truck with a little paint would be a nice ride. any questions you can call chet @ 218 556 6620 or 218 897 5668 thanks for looking and good luck bidding