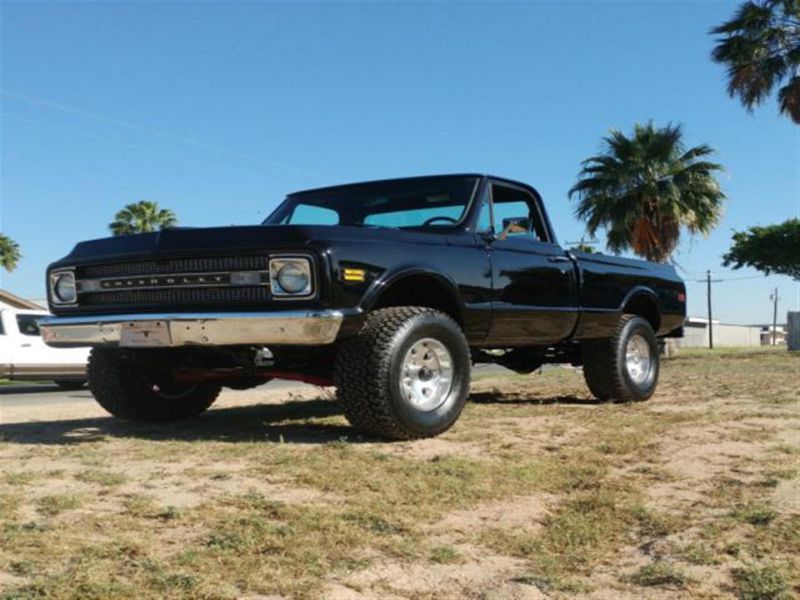 this truck has good paint with few scratches bearly visible. it has a new a/c installed that works well. The engine is very clean with no problems and is dressed with billet intake manifold valve covers and air filter. it has electric fans for better cooling. the interior is nice with new dash pad and good bench seat.it has new working gauges with billet gauge face.The tires have 98% of thread on them. aftermarket pioneer radio with two new door speakers. it has new lights front and rear, side marker lamps, door handles mirrors wipers.The transmission shifts smooth with no problems 3-speed automatic.This is an original short bed k-10 frame with a C-10 short bed body mounted on it.
For further questions email me : theoc6hmoyer@emailasso.net