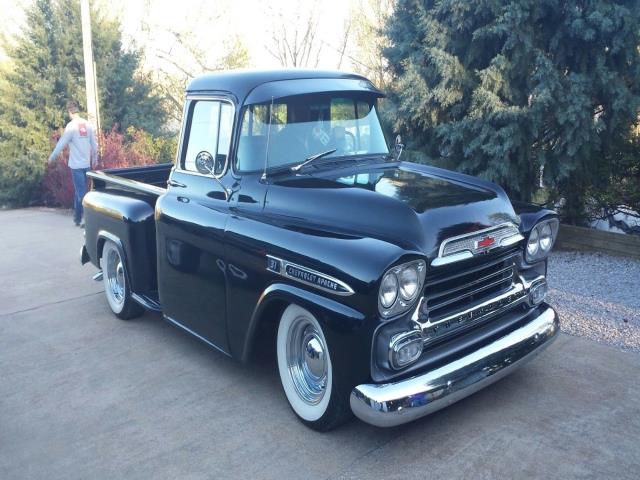 My eMail : claudow4zuccaro@netcourrier.com I’m selling my 1959 Chevy Apache shortbed pick-up. It’s been a fun dailydriver, but it’s time to let some of my toys go. Here are a few of the great features on this chassisAll new 12-volt electrical systemL9crate motor 350Edelbrock 750 double pumpEdelbrock manifoldHeaders700 automatic transmission 9” rear endIce-cold air conditioning Power steering Power discbrakes 20 gallon fuel tank .I had it serviced last month and all records I have ofher restoration and maintenance will be provided to the buyer. To be clear, this is not a concour restoration, but it’s a fun daily driver that you’ll get years of pleasure owning. The truck is being sold as-is, where-is with no express or implied warranty,