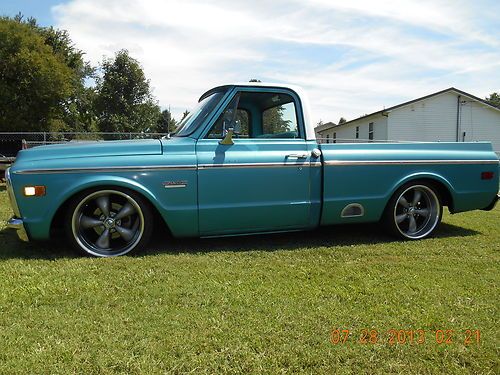 Up for sale is a 1969 c-10 barn find truck. Short bed 67000 original miles on truck. Has  the original 350 out of my 1971 chevelle dont smoke dont use oil very strong with a new TCI 700r4 transmission new air gap intake an new 600cfm edelbrock carb Power steering, disc brakes, 5 lug new coys 20 in wheels an tires exhaust This truck is awsome an can drive anywhere an cruise 75mph. Very dependable EVERYTHING works. Spindles up front c-notch an flipped rear with leaf springs. more info 9313191716  WILL TRADE FOR A GMPP ZZ572 crate engine