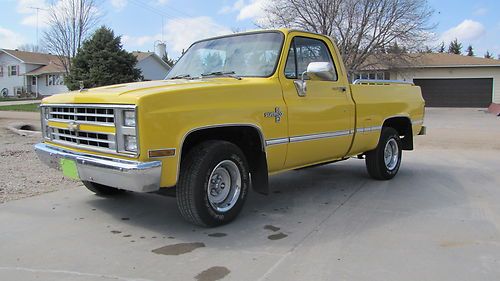 The truck is an all original sheet metal body that was in excellent condition, no rust, and only two small dents were repaired. The work was done by a professional body shop, with base coat clear coat paint. Rebuilt 350 motor with 4 barrel, 4,000 miles. Nice interior, only thing needed is a new dash pad. Truck runs and drives great, always garaged. Call 308-470-0559.