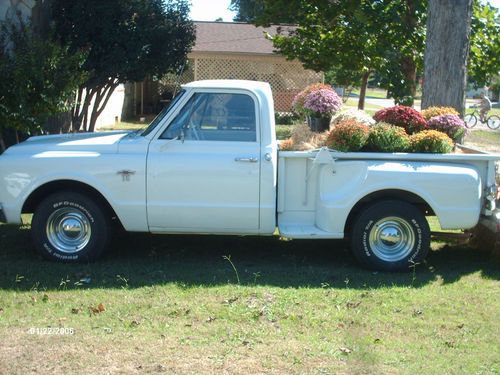 Condition: UsedA vehicle is considered used if it has been registered and issued a title. Used vehicles have had at least one previous owner. The condition of the exterior, interior and engine can vary depending on the vehicle's history. See the seller's listing for full details and description of any imperfections.Seller Notes:"4-Speed manual on column. Engine & trannie in great condition. Recently repainted exterior body & interior dash & door panels. Minor crease in drivers door. Metal fatigue on forward hood. Metal bed slats included for wood bed; however, bed currently diamond plate for use. Requires new upholstry, radio, choke knob & gas pedal."