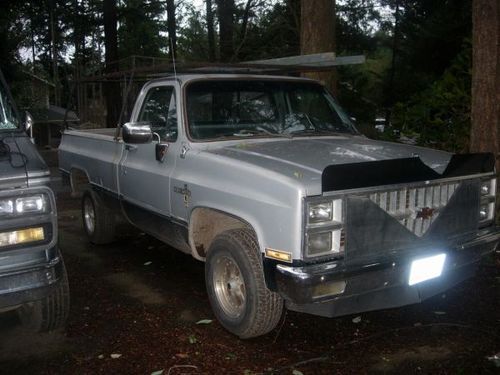 This truck starts and drives well, has decent tires, perfect glass all around, all of the lights in working order, block heater, new batteries (deep cell marine grade high crank $300 worth).  Diamond Plate tailgate, and bed rails.  Custom built lumber rack, straight body, in great shape for it's age.  Passenger side window hard to crank, driver's side fuel tank full - diesel still good, but tank switch is broken.  Cloth seats - no tears, dash cover from day 1.  This is local pick up only, I will deliver to Skagit Valley, Washington area for $50, Seattle for $100.  More pictures upon request 360-378-8599.