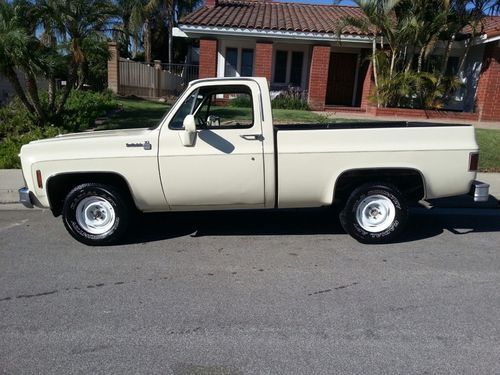 Rare California Truck that drives great, everyday driver that is reliable and a good ride-does not leak oil!

Great everyday driver or able to haul.  Call Chuck with questions at 714-244-6562-I do not get to my email everyday-so please call if serious.