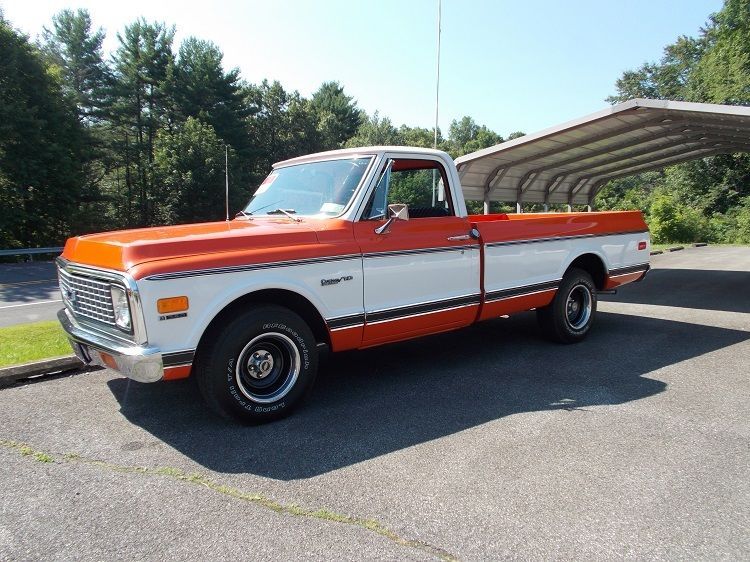 Up for sale is a very cool 1972 Chevy Pick Up
2WD, automatic, a/c (works), power steering, power brakes
This truck has been restored, came from Arizona, its clean inside and outside, underneath has not seen a New York
winter
Factory options include:
Body side molding, door edge guards, 4 season air conditioning, front stabilizer, power steering, chrome front
bumper, turbo hydromatic and many more.