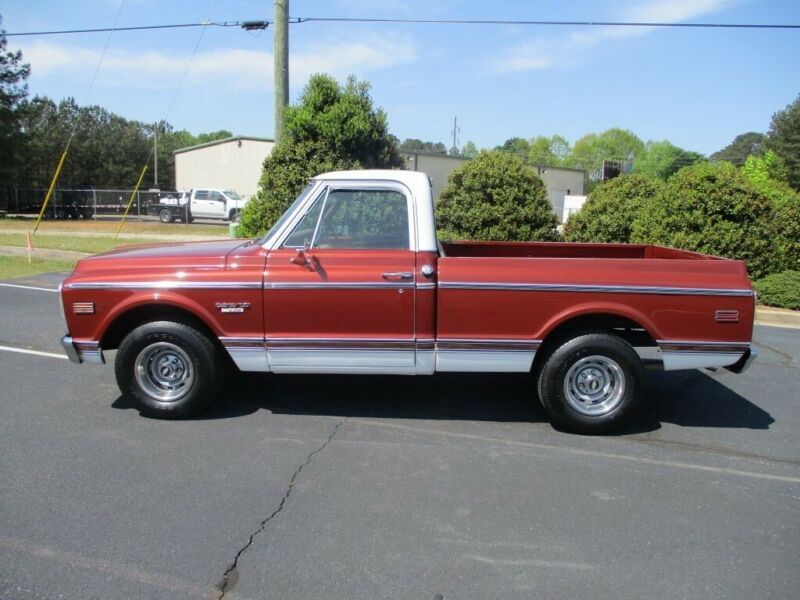 Here is a super nice 1970 Chevy CST C-10 truck that was professionally restored .This truck was restored back to original. It has the original 350 engine and I was told it has only 57,000 actual miles but I cannot prove it but I trust the guy who told me that. This truck came from the
factory with color combo of Bronze & White which is a rare combo. It was painted back same color. It has the
factory 350 Turbo transmission that shifts out great. This is a factory A/C truck and the air blows cold. The
inside was also done back to original but is all new now.