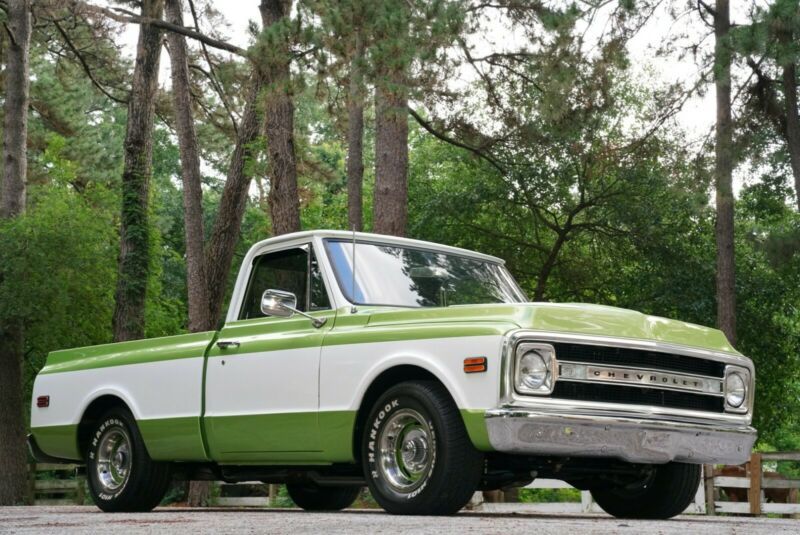 Paint & Body: Beautiful Metallic Green Paint & The White on hood and middle of the truck is a wrap and can be
removed easy if you don’t like it , top is painted white ….…. Straight Body, NO RUST. New Bed & Oak Plank
Wood Strips Stained and Varnished. New Bumpers, Windows & Weather strips.

Windows are electric, and has sliding rear window..

Custom stereo system with amp and sub behind seat …