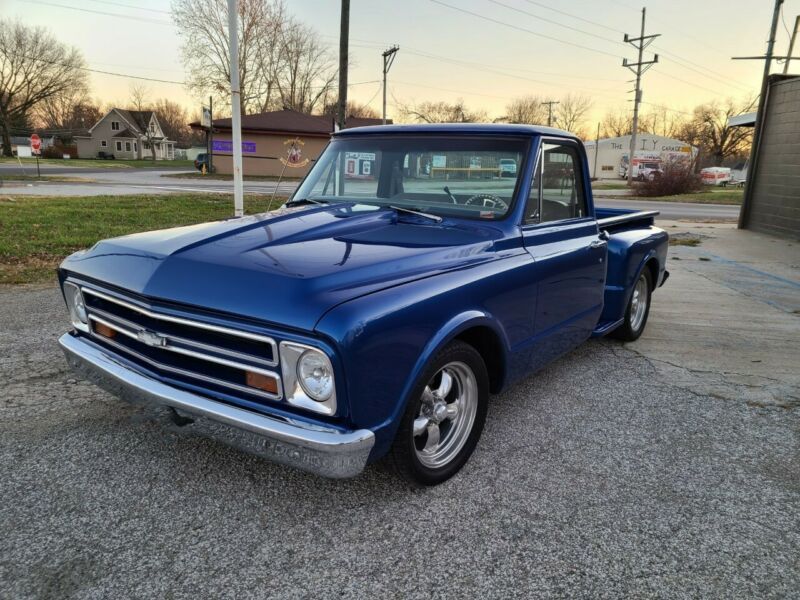 1968 Chevrolet C 10 truck.
This truck runs and drives excellent. Everything works as it should and has many upgrades. It has a 383 stroker engine with
lots of new parts under the hood including chrome brake booster, chrome alternator, Edlebrock carburetor, Edlebrock
valve covers, Electric fan and more. It has virtually new American Racing wheels and tires with less than 500 miles
on them. The exterior paint which was done approximately 2 years ago is a GM paint color of Laguna Blue and is
throughout the inside of the truck as well as the bed and looks amazing. New weather stripping,vent windows and
glass where needed. The headlights and taillights were also replaced. The bed was re done installing new wood and
stained to perfection. Inside I installed a new retro bluetooth stereo and door speakers, carpet is new, electronic
dash, custom wood Chevrolet steering wheel and looks great.