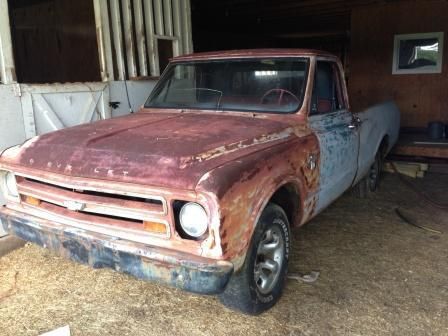 Condition: UsedA vehicle is considered used if it has been registered and issued a title. Used vehicles have had at least one previous owner. The condition of the exterior, interior and engine can vary depending on the vehicle's history. See the seller's listing for full details and description of any imperfections.Seller Notes:"No Motor or Trans, Small Dent in the hood, Purchased the truck in Alabama so I do not have a title. I can give a Bill of Sale & VIN Number for the states requiring a title. Original wood bed. Cab corners and rocker panel's will need replaced & some rust on inner fender wells. Straight Body"

No Motor or Trans, Small Dent in the hood, Purchased the truck in Alabama so I do not have a title. I can give a Bill of Sale & VIN Number for the states requiring a title. Original wood bed. Cab corners and rocker panel's will need replaced & some rust on inner fender wells. Straight Body