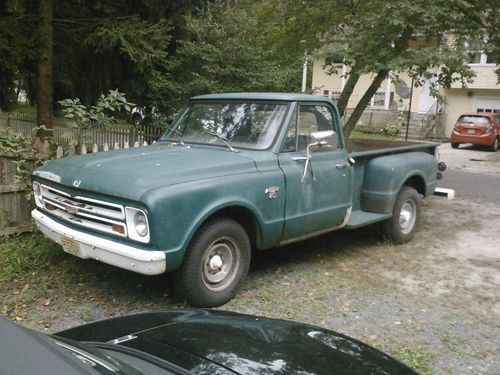 This truck is Extremely solid.  There is a small rot hole in the driver door and fender.  The cab corners floors and rockers have been gone over and are solid.

It runs drives and stops perfect.  I drive it nearly every day without a problem.

The entire brake system is rebuilt from the master cylinder to the brake springs. And has less than 500 miles on them.  The only thing left to do as far as brakes are the Ebrake cables need to be installed.  I have new cables that go with the truck if it sells.

The carb has been rebuilt and tuned.

The tires are nearly new and have zero dry rot and great tread.