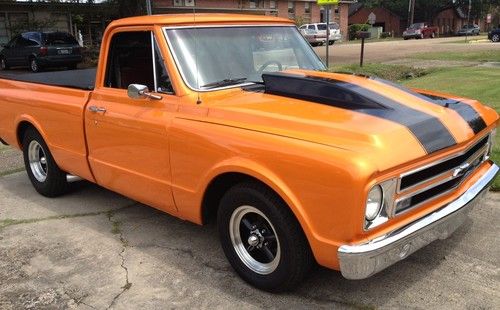 Condition: UsedA vehicle is considered used if it has been registered and issued a title. Used vehicles have had at least one previous owner. The condition of the exterior, interior and engine can vary depending on the vehicle's history. See the seller's listing for full details and description of any imperfections.Seller Notes:"Lots of new parts, Fresh 383 stroker, dyno proven 450hp/457tq, big cam draws a lot attention. This truck is anything but subtle. The video link to the youtube video was taken after the new fresh 383 was put in. The suspension has been updated since as it IS NOT as low to the ground. The new springs and shocks now ride like a modern truck, not like some "heated springs backyard garage lowering kit". http://youtu.be/kEqt9-SK2A0"