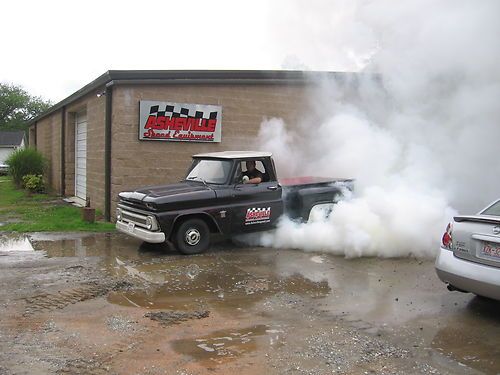 66 C10 with 12 valve Power Plant.  No adjustments to stock motor.  Runs strong as a daily driver.  All of the day to day bugs worked out.  Stock chevy truck chassis with 1st gen and 727 trans.  Built as a killer rat.  No frills hard charging truck.  8 track hi-fi sound system, interior minimal.  Manual steering and  brakes.  They preform very well despite and extra five hundred pounds up front.  It creates a buzz everywhere it goes.