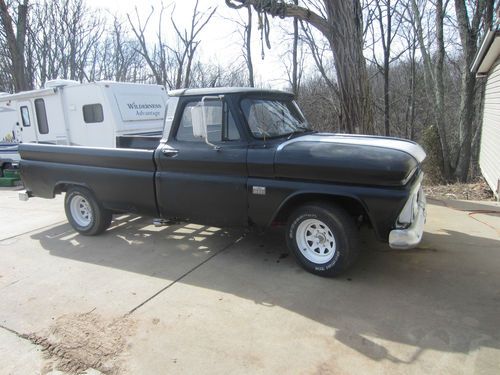 The truck is a 1966 C10 Chevy its got a small block 350 and i have rocker panel patch kits and quarter panel patch kits i also have a extra transmission its just been rebuilt  the transmission leaks that's in it but thats why there's an extra transmission. It comes with a brand new edelbrock 4 barrel carburetor. carburetor that's on the truck does not come with it but i will leave it on for you to hear the truck run it runs great and looks good theres rust on it but not to much happy bidding and text me for questions 1-304-893-7296 this is local pickup only