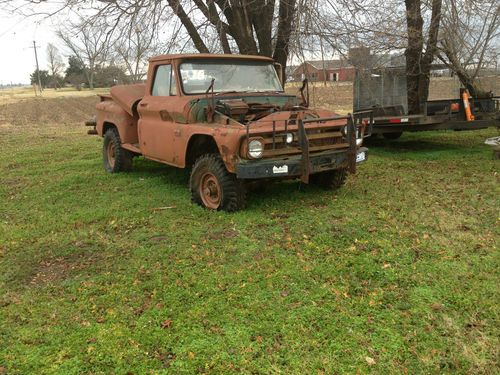 FOR SALE 1966 CHEVY C10 4X4 STILL HAVE ORIGINAL MOTOR AND 4 SPEED TRANSMISSION,THIS IS AND OLD CONSERVATION TRUCK MOTOR NOT RUNNING ALL DRIVETRAIN IS WORKING,IT HAVE WHAT CALL A DIVORCE TRANSFER CASE,THIS A ONE TON TRUCK