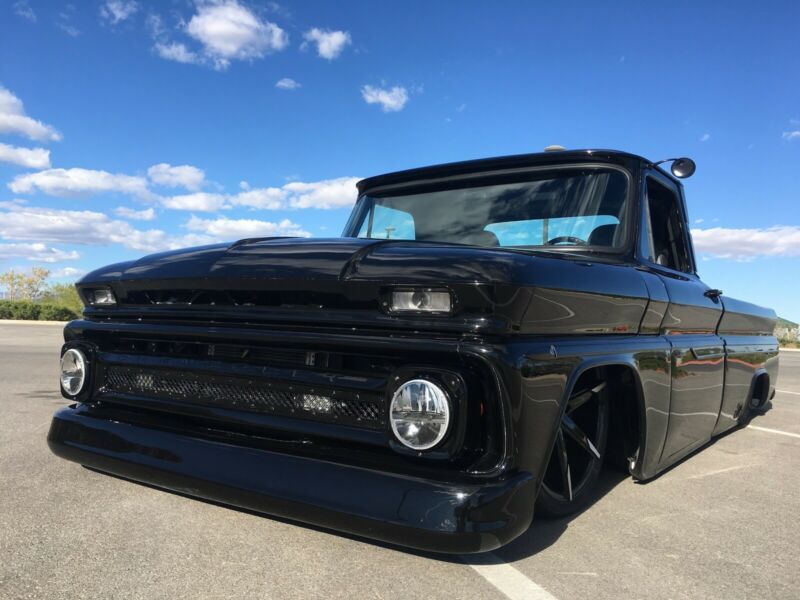 This classic truck has undergone a complete frame off Restomod. The heart was replaced with a LS motor and 4l60e
transmission. The suspension was completely replaced with a full Porterbuilt kit to lay frame, new upper and lower
control arms, dropmember, an adjustable wishbone rear end, all of this is controlled via Accuiar with a tank, two
vair compressor.

Completely rebuilt rear differential with posi was installed. All new lines/wiring on the truck including steel
braided fuel lines with anodized fittings, and all new hard lines for the brakes. Relocated the gas tank and
replaced with a Custom Boyd fuel cell (installed between the rails below the bed), with custom flush motorcycle gas
cap installed in the back fender of the bed for that extra touch. All new trim package installed and wrapped in
black vinyl. Tons of Custom sheetmetal work was done, truck has been cut to be in the middle of a long-bed and
short bed, a custom hinge opens up to show the accuair and compressors, the tubs are all custom and dimple died.
Custom front grill was made with LED lights behind the mesh, all bumpers were cut and fit one inch off the body.
the bed sides were sprayed with line-x. and custom led's and pop out tie downs where installed so the truck bed
could be fully functional.