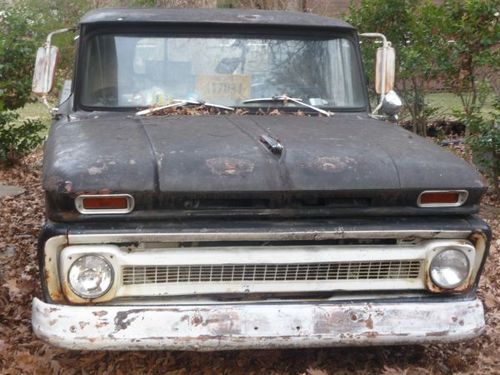 Needs tire pumped up - I am not aware any other problems.

Truck was last cranked up and running a year ago.

Truck belonged to my late father - I have owned it for past 30 years.

Since these pics were taken, the wind/rain has torn off some of paneling ( bondo ) on drivers side.