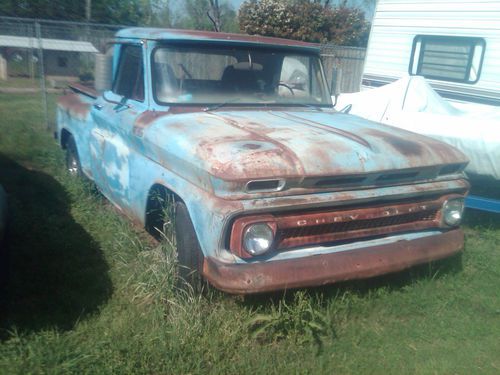 For sale is my 1965 chevy c-10 step side truck.  The truck needs work but it is great for a rat rod or restoration.  Everything is there dash wise.

This is a manual steer and manual shift truck...

The 6 cylinder motor is out of the truck and needs rebuilding.

It has a late model blazer bucket seat  interior.

I will email you extra pictures if needed.

The wooden floor in the bed is in very poor shape.


This is a relist due to a non paying person!  Bid only if interested.
****The item is listed locally so I reserve the right to end the auction early!