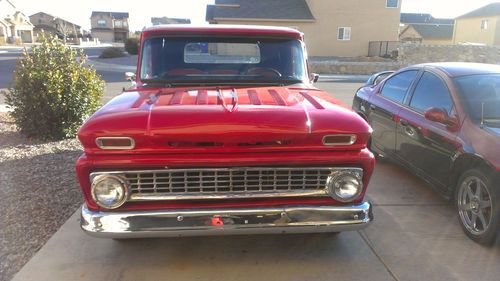 1965 C10 pick up has a 350 with 350 tranmission. very clean just look at picture. if you have any questions email me and I will get right back to you. Thanks