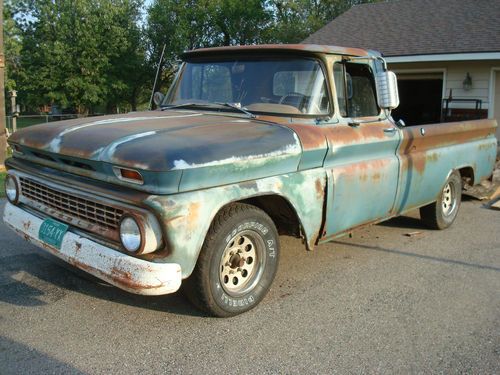 This would make a good restore project
It's all there, just needs some work to get it going

292 Straight 6 (Person I bought it from said it ran, but I never tried since I planned to rebuild it anyway)
4 Speed Manual

I bought this to do frame-off restoration but just don't have the time to get it done.

Interior has been removed along with the bed and gas tank. It's all included however.

Looks a little rough but actually a solid truck. Would be a pretty easy restoration for someone who has the space and time.

Buyer will need to arrange pickup / shipping as needed

Feel free to email with any questions