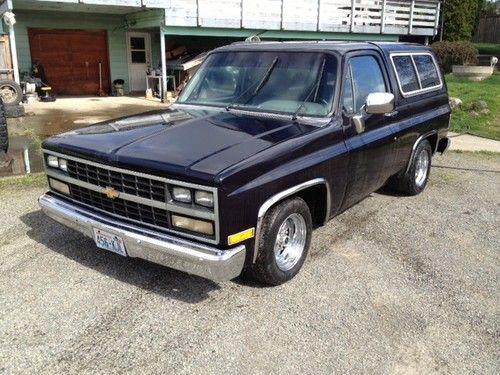 I have a 1981 Factory 2wd K5 Blazer. Dark blue paint with metal flakes, It has the newer front clip, doors, top, tailgate and interior. V8, auto trans, dual flowmasters, 15" chrome 5 star wheels  runs and drives but has been sitting for awhile and could use some tlc.(tune up, fluid changes, detail, ect) It is a very straight and solid vehicle and will make a very nice cruiser with a little tlc. Feel free to call with any questions. It is for sale local so I do reserve to end the auction early. (206)240-0820