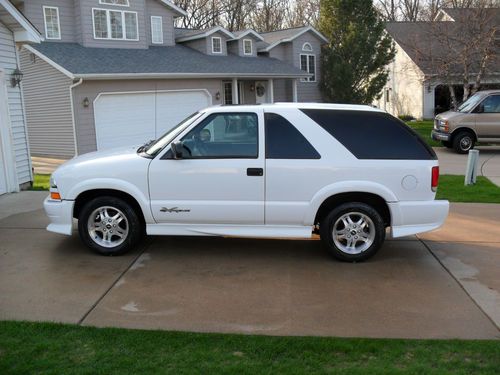 this is my 2003 chevy blazer i bought it with 26,000 miles and now it has 94 500 this has been an awsome blazer no problems just regular mantance it is almost spotless it does have a crack in the windshield. this blazer has power locks power sunroof 6 disc cd changer all stock alluminum alloy wheels powerful 4.3 v6 newer tires they have 15,000 miles on them just serviced the transmission and engine. if you have any questions just message me thanks brian.