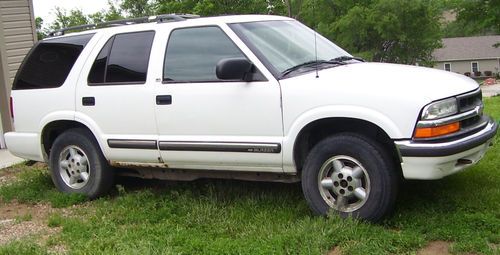 Condition: UsedA vehicle is considered used if it has been registered and issued a title. Used vehicles have had at least one previous owner. The condition of the exterior, interior and engine can vary depending on the vehicle's history. See the seller's listing for full details and description of any imperfections.Seller Notes:"stuck in 4 wheel drive low,149000 k on motor,it does run good .damage on drivers side rear from blown tire.front door panels cracked or missing.rust in spots"

runs good,ac is ice cold,all glass good.i bought it for a project.drove fine in drive and 4x4 until I put it in low.stuck in low.sold as is needs work.repair or parts for another