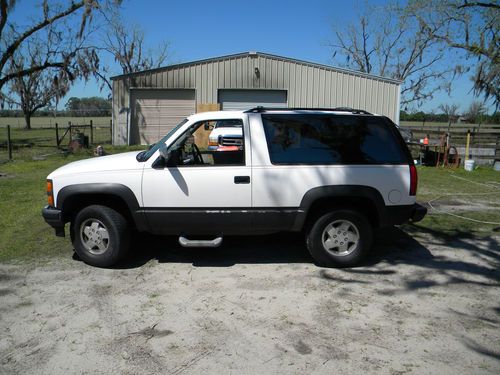 1992 Chevy Full Size Blazer. Older paint with minor scratches and dings. Mechanically sound with the motor, transmission, and transfer case rebuilt about 30,000 miles ago. Clean interior with a new gauge package installed. It is a daily driver. Needing to purchase a newer truck for my son when he goes off to college. Email with any questions. You are welcome to come inspect the vehicle in person.