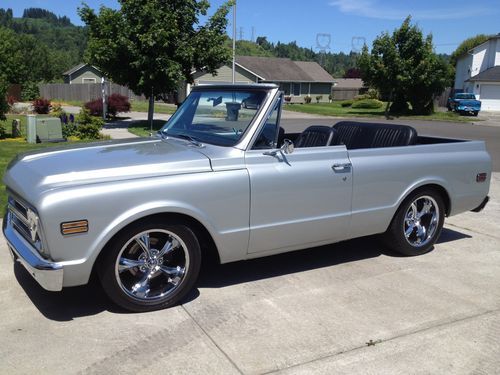 You are bidding on an absolutely stunning restored 1971 2wd Blazer strapped with a `68 front clip.  This Blazer was built 1,110 miles ago and every piece has been replaced or rebuilt!  The cortez silver paint, it's stance, sound, & sheer presence only demands attention wherever it's driven.  Factory power steering, disc brakes, tilt, tach, and black scroll interior are just some of the features along with the nasty LT-1 built 350, new 700 R-4 transmission, throaty exhaust, rockin stereo, and 18" chrome plated Riddler wheels.  Probably leaving out some things but everything from front bumper to rear bumper is NEW or REBUILT!!  Not interested in trades or lowball offers, thanks...