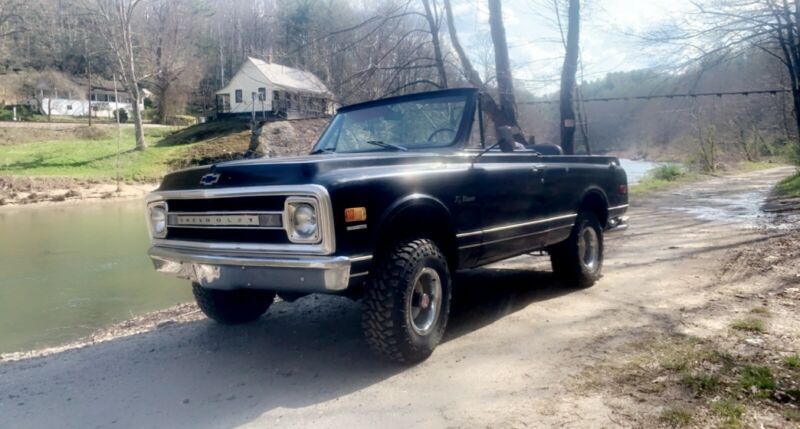 This is a smooth running blazer new crate 350 with less then 3000 miles no ticks or Miss in the engine and
definitely no smoke. Shifts smooth 4 speed. Solid Truck. New hooker headers with stainless dual exhaust 40 series
flow masters from headers back sounds great. Could use a lower quarter patch on the passenger side quarter. Pans
look great, pick soft top or hard top after you purchase.