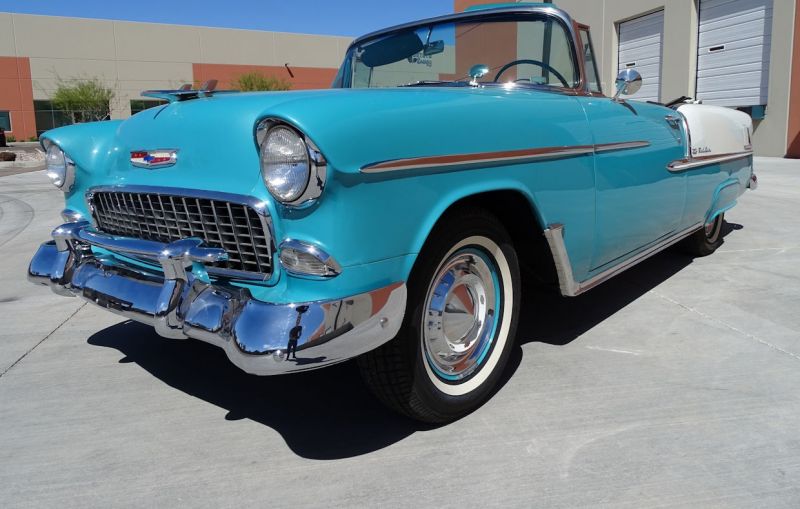 Email me at : brubacherghansjarg@gmx.de Iconic 1955 Chevrolet Bel Air convertible for sale is the epitome of why the Tri-Five Chevys are so popular and have been for many years. This one's been beautifully restored and has the classic '50s colors of Regal Turquoise and India Ivory with a white top. The interior is a complementary two tone turquoise and white. The undercarriage and engine compartment are nicely detailed and show well. The most desirable feature of this convertible is the one-piece bumpers. Buy this sweetheart right now just in time to enjoy top-down motoring throughout the spring and summer months.