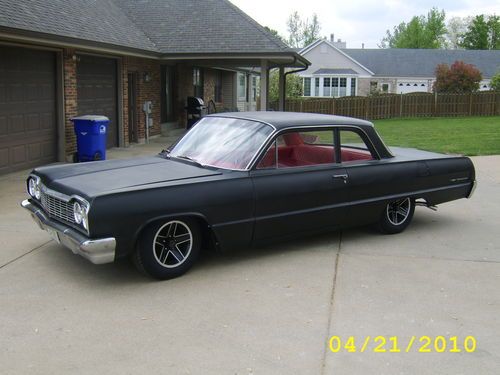 I have a 1964 Chevrolet Bel Air that came out of Arizona so it was rust free. It has a 454 cu. in. Chevy engine with a 350 turbo transmission, power disc brakes, and power steering with a 605 steering box. The new parts on the car are windshield, interior, exhaust, tires, weatherstripping, tailights, alum. radiator, hoses, belts, sill plates, trunk trim, dropped spindles, disc brakes, master cyl., brake booster, firewall insulator, glove box liner, and the battery. I reserve the right to remove this car from Ebay at anytime. If you have any questions you can call Bill at (314)291-0237