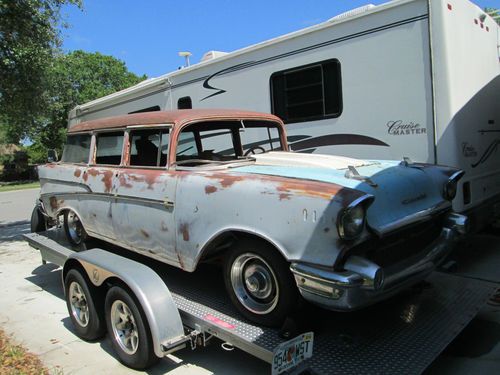 Arizona car with surface rust ONLY!

I was just planning to scuff it down and spray non-glossy clear on it, cover the seats with "Mexican blanket" style seat covers and just have fun.
Too many projects, too little time!