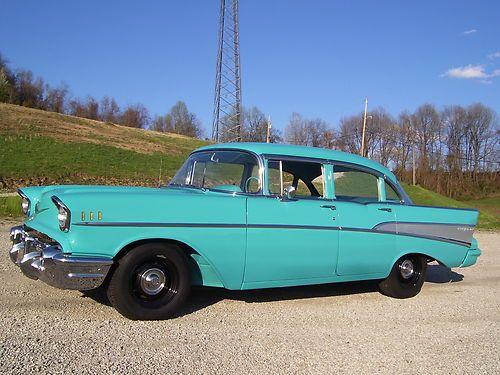 1957 chevy  four door sedan, has a  1965 283 v8 engine with a edelbrock four barrel carb, with roughly 72,000 miles on it, with a 350 turbo transmission, has a 1960 steering wheel but comes with the original steering wheel, custom louvered hood, rally sport wheels,  runs great, clean and very well taken care of,  this car has a fresh new paint job, brand new tires and interior, no power steering, no power brakes, nice solid car, any questions just ask, thanks for looking!