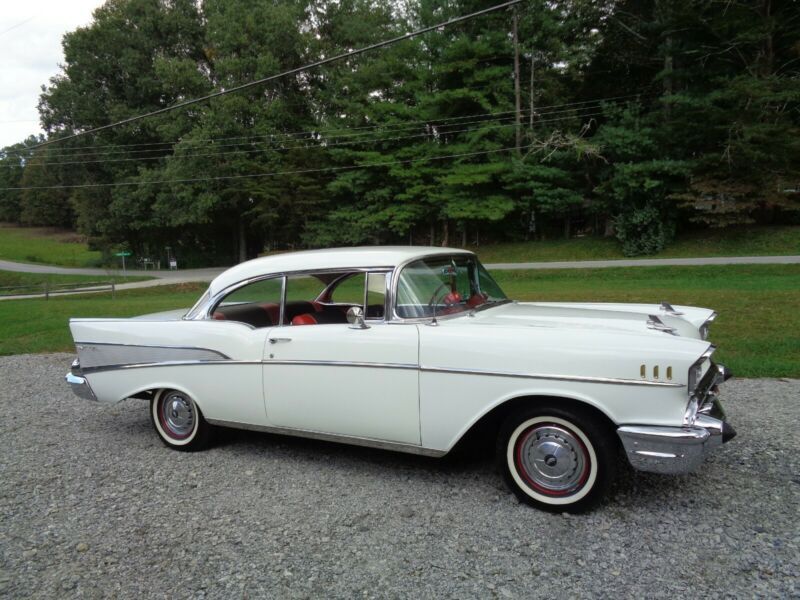 72,000 actual miles (from previous owner) RUST FREE CALIFORNIA CAR! Never any patches or repair panels on this one,
hard to find like this. Look at the pictures, ask any questions.

Paint- an 8 out of 10, painted probably 20 years ago and well done. Panels are all straight with NO signs of
repairs/accidents. Normal chips/scratches, only adding this because there maybe some but I haven't found any.

Chrome- all chrome is polished, or rechromed. Beautiful all around, taillights have some fading but look great.

Instruments- ALL gauges work, including the gas gauge, Temp and Oil. Speedometer is not working.

Lights- ALL lights work including turn signals. Taillights are LED

Drive train- Original 283, Standard shift from the factory now has a Muncie M20 4 speed. Engine and transmission
function perfectly. NO noises, smoke, etc. The clutch, pressure plate, and throw out bearing are new.