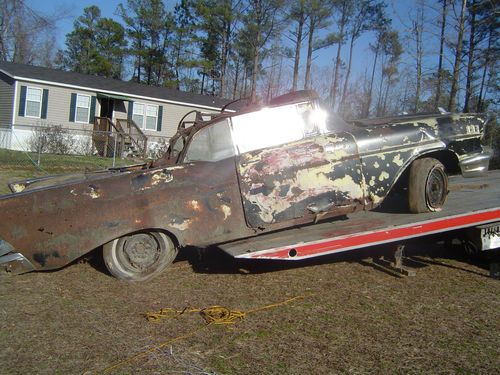 This vehicle is in rough condition, has no interior, has complete, orginial motor and transmission.  All convertible top is there, but no covering.  Frame has rot in about 2 foot from back bumper, but none in wheel well.  Will deliver for a price.  Deposit of $1000 to Paypal within 24 hours of purchase, non refundable.  Remaining monies due before pickup/delivery. Reserve the right to withdraw vehicle from auction due to local sale.