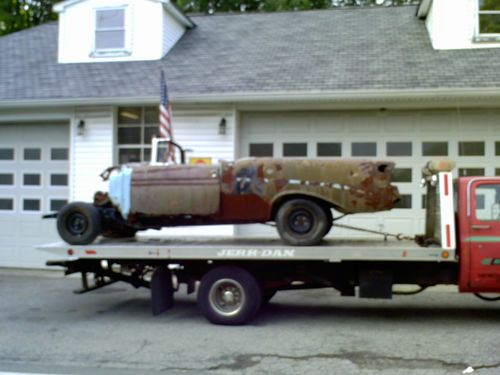 I purchased this 1956 chevy convertible 5 years ago. the frame is very clean & has no rust. The block is the original 265 cid and has a powerglide.I hoped to have restored this by now, however our shop is too busy with other restoration projects. The body has all of the necessary "convertible only" parts that are hard to find. This is a great starting point for a project car. I have connections in the shipping industry & can refer reliable shippers if needed. I can assist in loading  as well. The 56 4 door in the pictures is also for sale to the winner for an additional $3000.for parts. the car runs well.