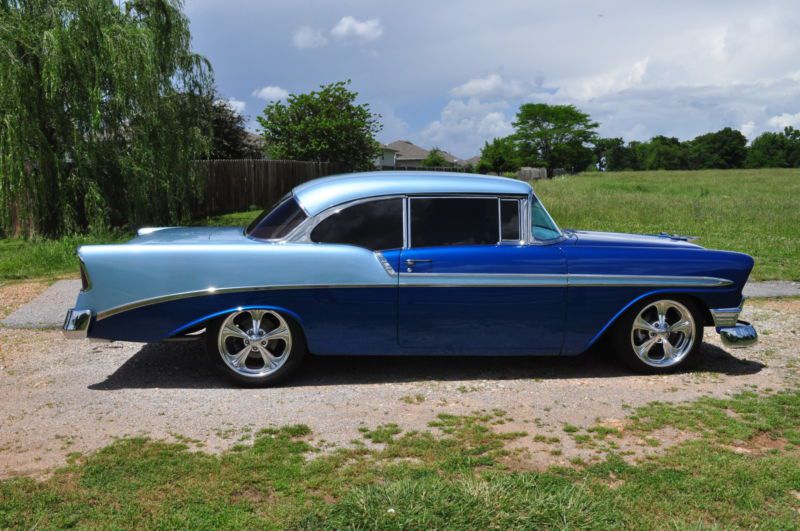 ANY QUESTIONS JUST EMAIL ME: asuncion.mahunik@mail-on.us . This gorgeous 1956 Chevy Bel Air 2 door hardtop Resto-mod is done beautifully in two tone blue with a terrific
lowered stance and all the modern conveniences Vintage Air, power seat, power windows, power steering power disc
brakes . This car has all of the appropriate suspension upgrades including CPP 4 Wheel disc brakes, Cpp Tubular
control arms, 4-link suspension with coilovers and 12-bolt differential and front and rear sway bars. The
powertrain is decked out as well starting with a Chevy 350 and 700R4 transmission, as well as Edelbrock performer
aluminum heads, intake and 4 barrel carburetor.