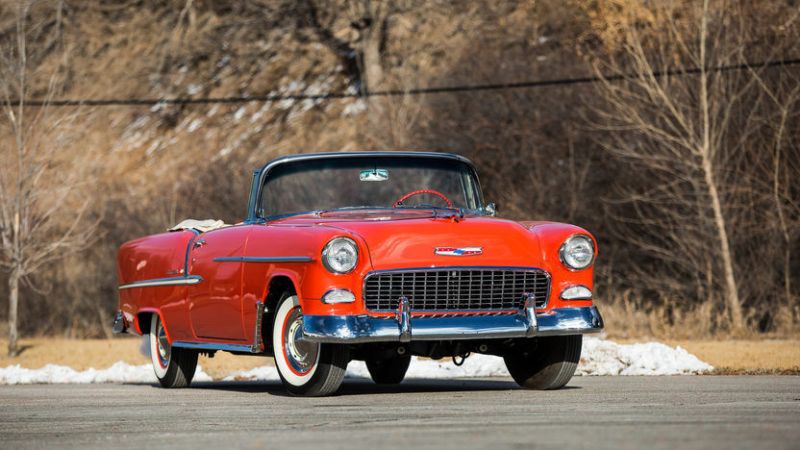 For more pictures email at: nestor_folz@zoho.eu .

Probably the best 1955 Bel Air convertible on the planet! This car is rare--representing just 5 percent of the
total production output for the Bel Air lineup in that model year. Car received an extensive frame off restoration
to factory specifications and is museum quality. Every inspection paint mark is present as the day the car came off
the assembly line. Frame is as clean as the exterior. Correct spiral shocks and 4-wheel drum brakes. All chrome and
stainless pieces refinished. Glass is perfect. Convertible top fits nice and tight and operates smoothly. This car
is mechanically sound and can be driven anywhere. It starts easily, idles nicely, and tracks straight. The power
steering and automatic transmission make this car a pleasure to drive. Clear title.
Just installed a new Delco 2SM50 reproduction battery. This battery has the correct black caps with yellow rings
and is maintenance free with a 4 year warranty.