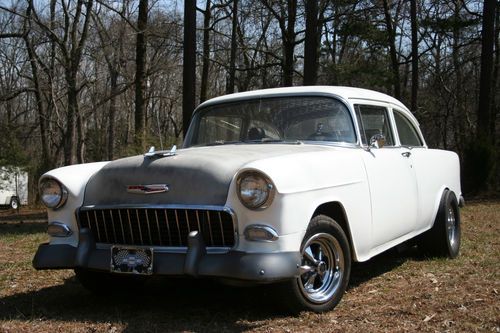 350 SBC with automatic transmission.In working order.Transmission and converter are new.

Car can be driven but needs restoration.See pics.

Paint is poor and needs redoing.

Comes with new windshield,new led tail lights and bezels and new trunk emblem all not installed.

Upholstery has some tears in drivers side of bench seat.

Needs some welding underneath but not tragic and does not need a complete floor pan.

Was originally a four speed car and still has the pedal

Has a ton of potential, looking to sell due to no time to restore and other projects call for additional info John 704-765-5828

Sold asis with no warranties implied.