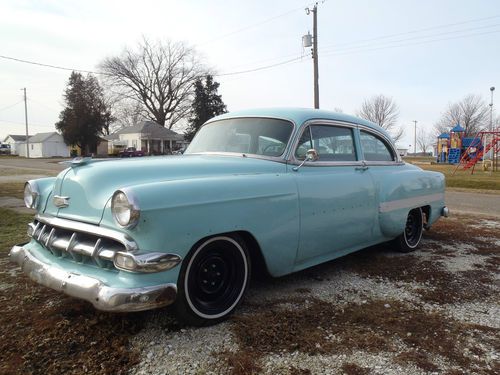 Selling my 1954 chevy belair. Has a 350/350th,disk brakes,TCI rear spring kit,69 Camaro rearend,brake pedal and power brakes,lots of new parts under the hood. The interior has been redone and needs the headliner done i have the new one just hasnt been installed. Also has new gauges and panel,new wiring and taillights. Its a nice running driving car and pretty rust free. The floors and trunk are good the only real probs are the rocker panels and the right quarter panel needs a rear patch. It also needs a windshield and left drivers window. Thanks for looking.