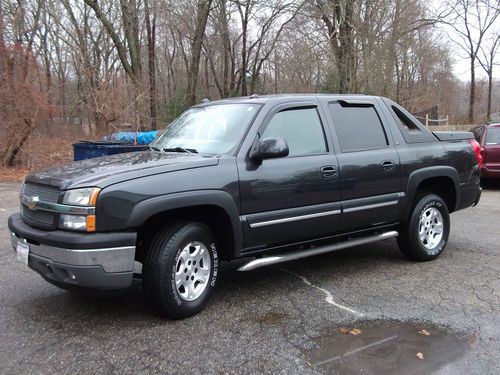 Up for auction is a 2005 Chevrolet Avalanche. One owner truck from North Carolina. Bought brand new from Jeff Gordon Chevrolet. Well pampered and maintained by an adult non smoking female driver. Carrer change brought this vehicle to New England. A young 90k miles makes this a nice used truck with plenty of life to go. Purchase of a new vehicle dictates this sale. Truck needs nothing. Sale proceeds of the sale are to purchase a nice used Harley Touring motorcycle.